1999 Millennium Princess Barbie was the first Holiday doll not in the Happy Holidays series. She was designed to welcome the year 2000 and the new millennium.  She is wearing a dark blue velvet gown with center panel of glittering organza and silver lace. She has a silver tiara, necklace  and an ornament.  Her ornament was clear similar to a crystal ball with a ribbon that reads "Happy New Year 2000." 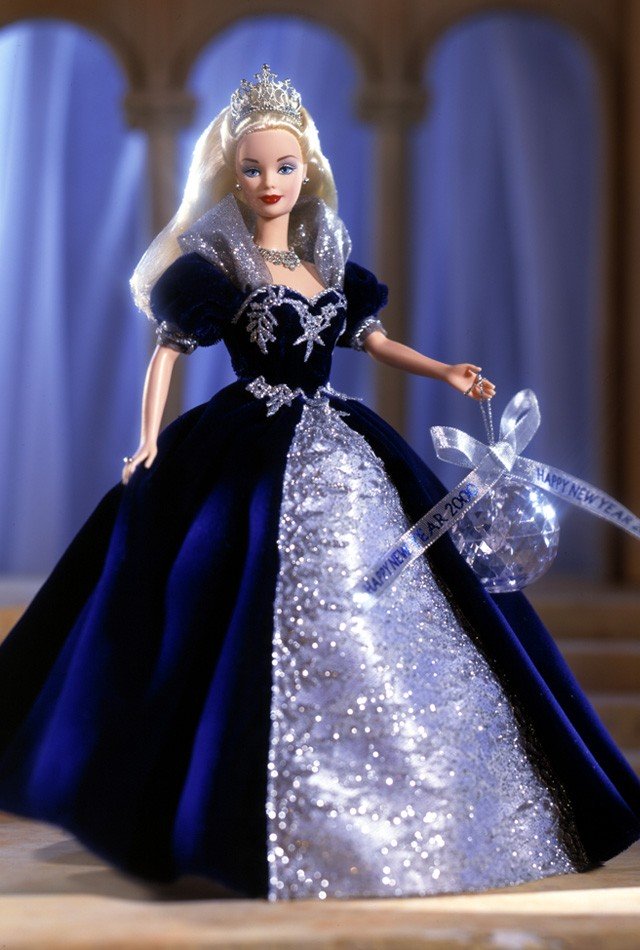 In addition to the African American version of Millennium Princess, there is also a Millennium Princess Teresa (A Toys R Us Exclusive) - Barbie's brunette friend. Teresa is the most limited of the trio.  Both Barbies have their hair long with the front part pulled back, while Teresa has an updo.

Hallmark did a Millennium Princess Christmas Keepsake ornament in 1999.  There are both blonde and African American Versions.  Barbie is wearing a replica of her dark blue and silver ball gown.  She is also holding a dangling silver crystal ball in her hands.  It was created by Hallmark Artist, Anita Marra Rogers.  It can be hung on a tree or stand by itself. 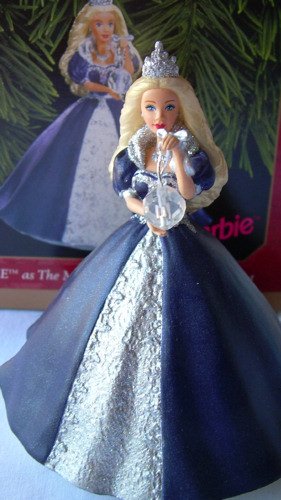 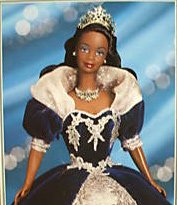 I always felt this Holiday Barbie
was a bit understated when
compared to the other dolls,
even her dark blue and silver
box seems understated.
Perhaps she is a reflection of
the seriousness that was
felt when we entered "Y2K." 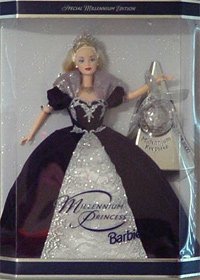 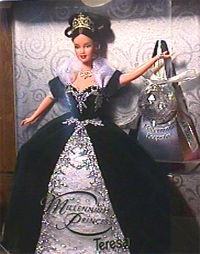