The Julia Barbie Doll was one of the first Celebrity Barbie Dolls. It was introduced in 1969 along with Truly Scrumptious, from the movie Chitty Chitty Bang Bang.  Julia was a hit TV show that ran from 1968 to 1971. Diahann Carroll played Julia Baker, a widowed single Mom and Registered Nurse.  This was a ground breaking role because it was one of the first prime time shows to feature an African American woman in a "non-stereotypical" role.  Diahann Carroll won a Golden Globe for her role as Julia. 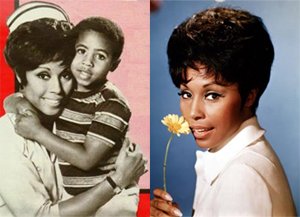 Simply Wow Julia Doll Gift Set was a 1969 Sears Exclusive and included a Talking Julia and the Simply Wow Ensemble. 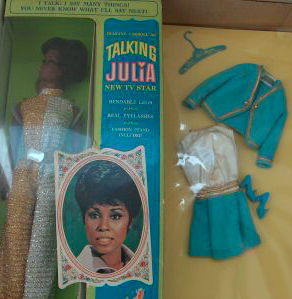 Mattel issued a Julia Reproduction Doll in 2009 as part of the Barbie 50th Anniversary Celebration. 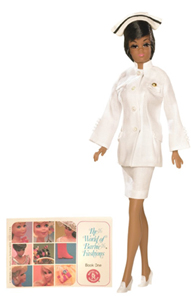 The Julia Barbie doll had the same face sculpt as the Christie doll.  The face paint and different hairstyle were the differences that made the Julia doll unique.