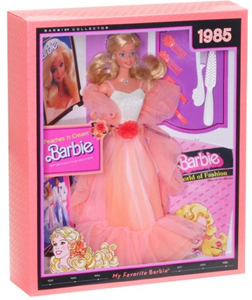 
The Barbie Peaches 'n Cream Reproduction was not the only collectible that got its inspiration from the 1985 original...

The original box issued in 1985 said "She's as pretty as a peach blossom!"  From Christmas tree ornaments to paper dolls, the one thing they all had in common was that glamorous peach-toned gown.  Listed below are additional items that were released drawing inspiration from this beautiful, stylish doll. 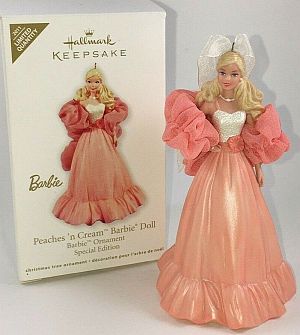 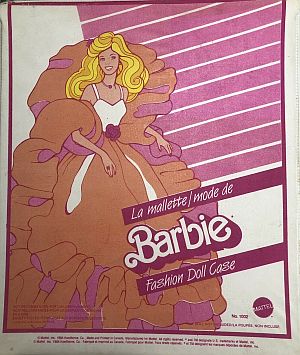 Remember, the Barbie world was born when the creator, Ruth Handler,
was watching her daughter play with paper dolls. 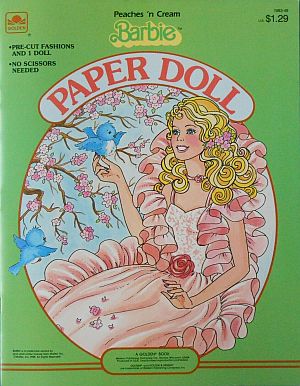