Live Action Barbie was a doll designed for moving and shaking.  With one tap of her clear Touch 'n Go stand, she could dance to your favorite music dressed in authentic seventies attire.  Capable of posing more than ever before, this Barbie doll captured the essence of the seventies in an extraordinary way. 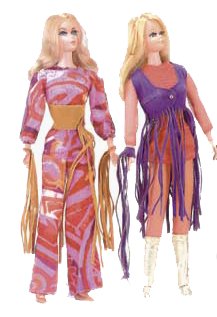 Live Action Barbie Trading Card.
In 1990, Mattel issued a trading card featuring 1971 Live Action Barbie.  The back of the card included a description of this iconic ensemble, Barbie facts about the doll, and fun facts that related to the seventies. 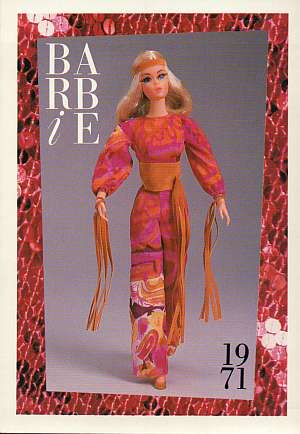 Barbie Keychain.
Introduced in 1971, this Barbie keychain item #713-0 really worked.  It featured movable arms, legs, head and accessories.  The keychain series was inspired by favorite styles from 1959 to 1975. 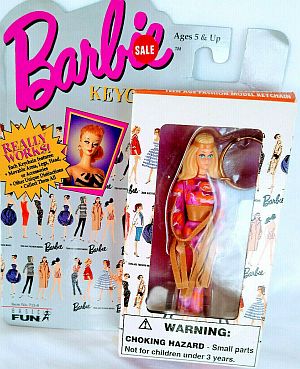 The more, the merrier!  Joining Barbie were her Live Action Friends, P.J., Christie and Ken.  These dolls were sold separately or in a set that included the doll, stage, microphone, and 45rpm record.