The Vintage Barbie Commuter Set exemplified the classic look of the late 1950's.  This ensemble included a navy blue cotton jersey collarless Chanel style jacket with a matching sheath skirt.  The skirt had a side zipper and a button closure.  Two blouses came with the set:  the casual nylon blue and white check body blouse for daytime wear; and an elegant white satin sleeveless body blouse for after five. 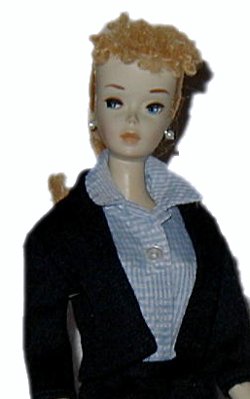 A red or bright rose three-flower silk hat was included.  On both the red cardboard hatbox and the cloth label in the jacket, the Barbie signature was followed by a ™ in earliest sets and by an ® in later ones. 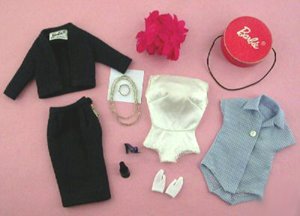 The crystal jewelry – a long necklace and snake bracelet were unique to this ensemble.  Although typically found with tricot short white gloves, some NRFB ensembles have been reportedly found with same white vinyl gloves from Peachy Fleecy. 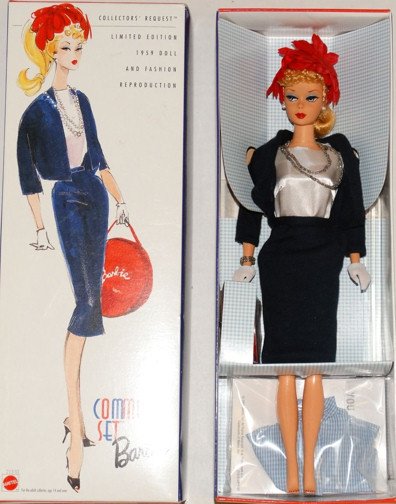 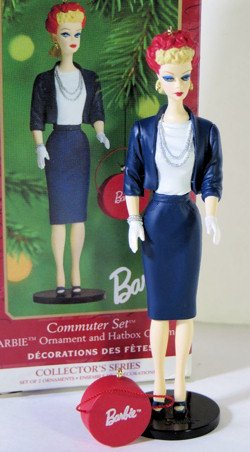 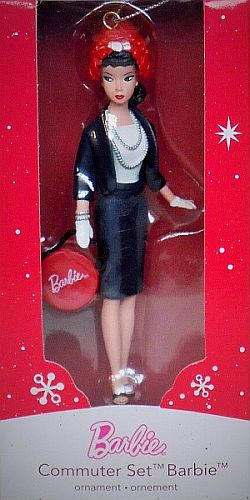 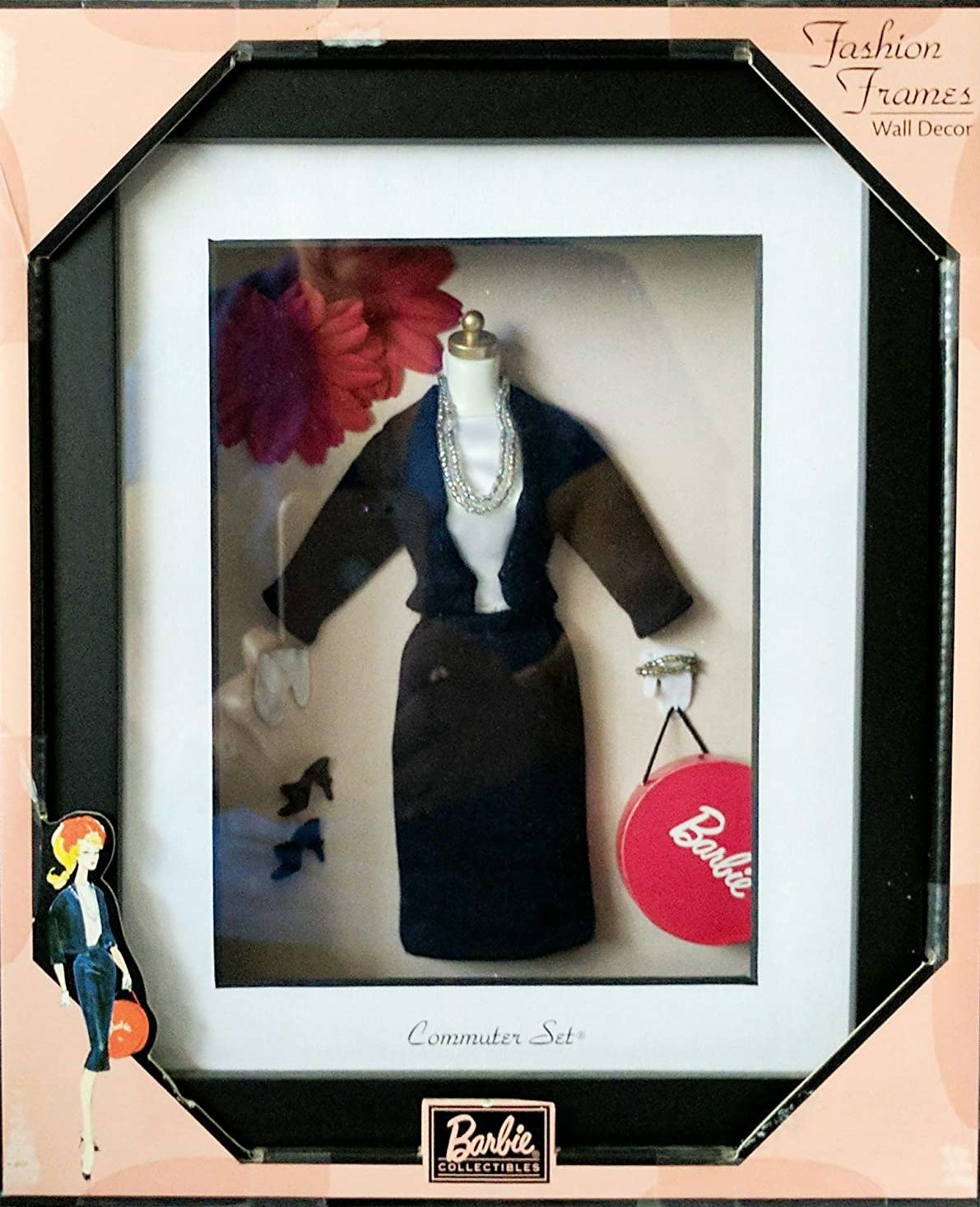