Vintage Barbie Garden Party was one of eight new ensembles added in 1962.  Barbie's wardrobe was changing to include more casual looks and Garden Party was the perfect fit.  This crisp pink and white dress is such a pretty classic sundress, featuring pindots, flowers and an eyelet panel in the front. 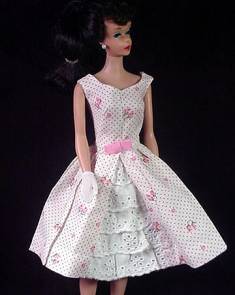 This beautiful dress has a full skirt and snaps in the back. The cotton is sturdy and it holds up very well and is fairly easy to find in good condition. Occasionally you can find one that is pristine mint (like the one pictured) - pure white and so crisp it will stand up on its own. The dress should have the pink ribbon at the waist - it is often missing from "played with" dresses.

Trading card.
In 1990, a trading card featuring the Vintage Barbie Garden Party ensemble was issued.  On the back of the card, there was a brief description of the outfit, along with Barbie facts and fun facts that were relevant in 1962. 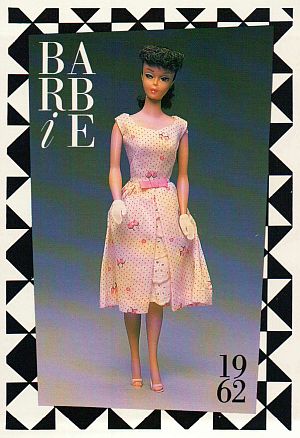 Barbie Carry-All purse.
In 1964, a Barbie Carry-All was issued featuring Barbie wearing Garden Party and Friday Night Date.  These small purses featured buttoned or zippered compartments much like a wallet. 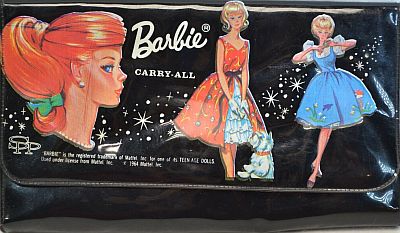 In 1964, a new Barbie dress was issued that was made from the same pattern as Garden Party, but from a different fabric.  It was called Garden Tea Party #1606 and was made from a red floral fabric with a black ribbon at the waist.

As the vintage garden party theme continued to inspire designers, more ensembles were released through the vintage years and beyond.  Take a look at some of our favorites...

Also influenced by the garden theme was Garden Wedding #1658.  It was available from 1966-1967.  Click here for more information on this ensemble.

In 2000, Garden Party Fashion was released.  This beautiful rose print organza dress, pink cardigan, straw hat and handbag was designed especially for the Silkstone Barbie doll body.  This ensemble was a limited edition and part of the Barbie Fashion Model Collection. 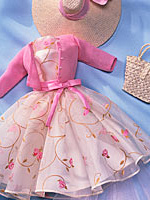 Check out this 1988 Garden Party Barbie #1953 in shimmering lavender.  Her most popular feature was a detachable overskirt that could be worn various ways as demonstrated on the box.  Also included...necklace, ring, matching earrings, lavender closed toe heels, hairbrush, and a cross-sell poster. 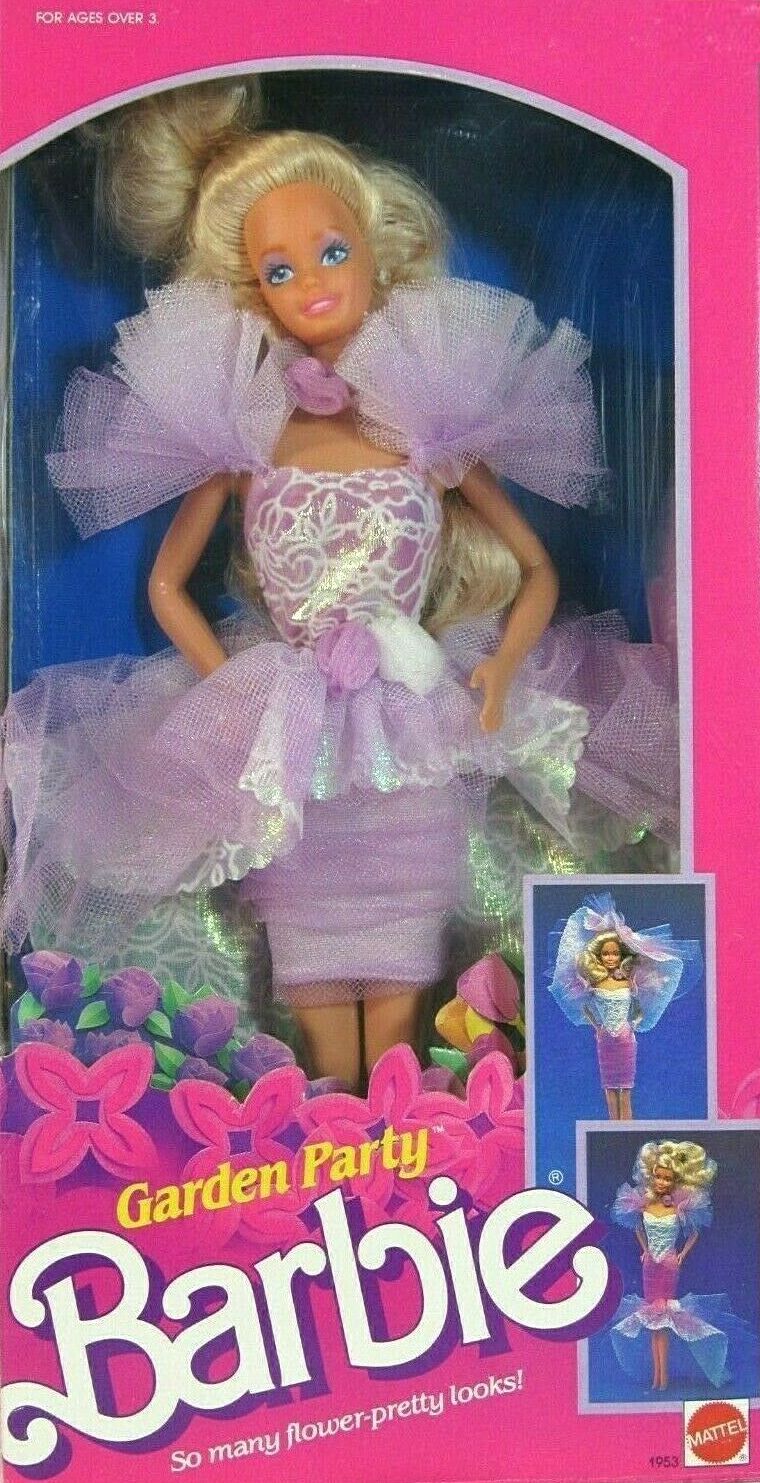