In 1964 the felt letter included in the ensemble changed from a yellow "U" (for University) to a red and white "M" (for Mattel). 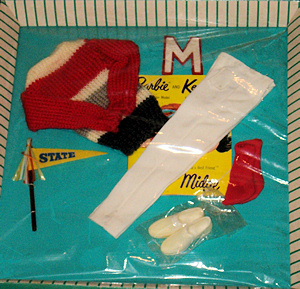 It was featured on this 1964 Single Ken Case. It came in three colors - Mustard Yellow, Teal Green and Lavender. 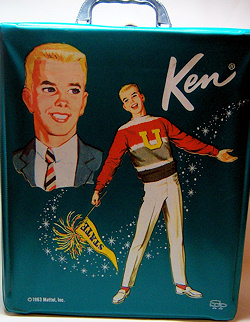 It can also be found on this 1964 black Barbie, Ken and Midge Trunk. 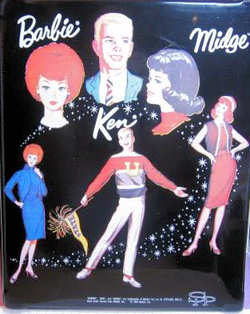 It was reproduced in the 2008 Campus Sweet Shop Gift Set (issued in celebration of Midge's 45th birthday and included the first ever Alan doll reproduction.) 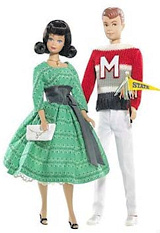 This dressed box Ken wearing Campus Hero sold for $400 on eBay in March 2012.